Hiking or cycling on Brač in April and May you feel like you’re in flower heaven. Colors and smells are fantastic. Sage and rosemary are practically everywhere you look. And with parsley in your garden, you know what that means… you can’t help but hum Scarborough Fair as you go ;) 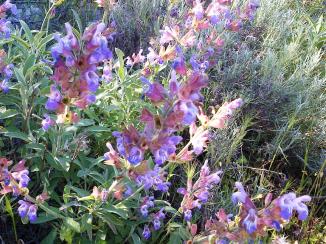 Sage in the wild 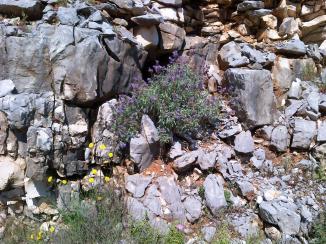 Growing out of a rock 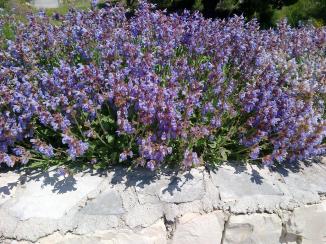 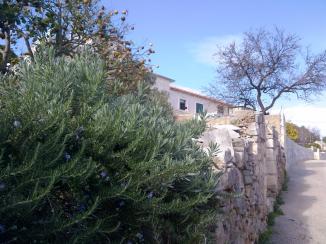 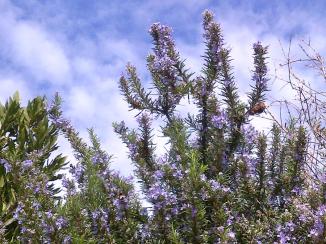 Rosemary. This was taken back in February when it was in bloom. 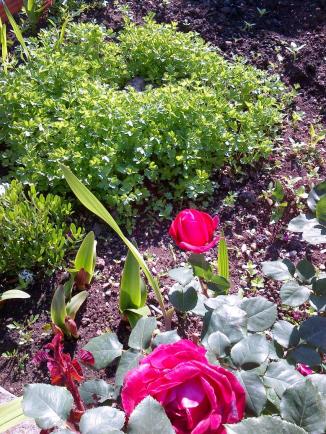 Parsley in our garden

Now all we’re missing is some thyme. Obviously we can’t show up at the Scarborough Fair until we have all four. The guidebook tells us it’s definitely here somewhere, so off I go: 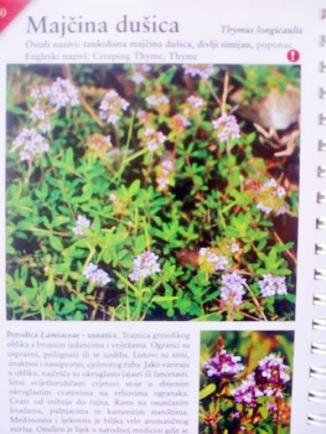 Reason #121: riding the ferry can be anything you want it to be 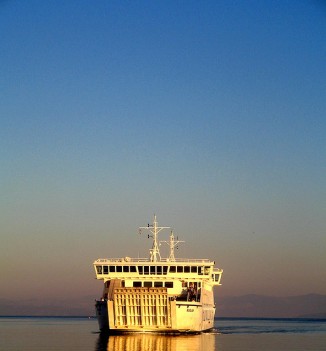 When I first thought of living on Brač the fact that I had to get there by ferry each time seemed like a hassle. And it sure can be. But I’ve also since come to embrace the positive aspects of it. So, let’s do another pros&cons list. But first let’s watch this fun video:

Cons of ferry rides to and from Brač:

Pros of ferry rides to and from Brač:

Here’s a great page (unfortunately, facebook) with lots of pics and videos from all the ferries to and from Dalmatian islands, including Brač: Uživo s dalmatinskih trajekata / Live from Dalmatian ferries

The participants were chosen through auditions in elementary schools and they sang Croatian pop songs.

Check them out, they’re adorable:

… the kind where your hair acts as a helicopter.

Boys can sing, too!

Stella and the bubbles

Check out the video medley with this year’s participants:

Although this latest craze with talent shows is a relatively recent thing, since the Idol, The Voice, CountryX’s Got Talent, etc… However, this talent show has a much longer tradition. It used to be called Pjevači amateri and was conceived in Selca by Zoran Vrsalović Peci. 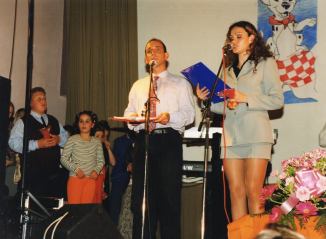 All the photos courtesy of Dalmalino. You can find lots more here.

Kudos to the organizer – Dalmalino and Zoran Vrsalović Peci – on a great effort. Hopefully Glas Brača becomes a long-standing tradition once again. 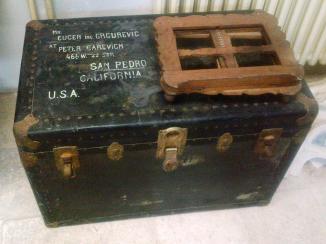 I’m guessing this trunk was sent by Petar Carević with goods to feed the family in Selca. Probably flour, sugar, salt, all the basics…

Many Bračani immigrated to the United States (but also South America, Germany, Australia, Canada…). Their stronghold in the US is still San Pedro, CA. They contributed significantly to the fishing industry there.

Immigration is a huge part of Brač history and I’ll talk about it in another post in more depth.

UPDATE: Another trunk, this time the sender and the recipient seem to be the same person – T. Ursich and Tonči Ursić…. They’re both Tonči Ursić, but they’re different people. Tonči is a popular name in Dalmatia :) 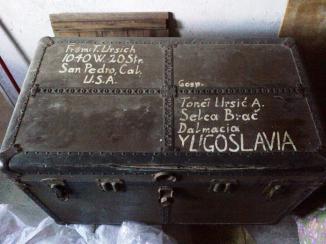 Trunk photo op thanks to Doris :)

Croatians of my generation will know why this topic reminds me of this particular song ;)

Reason #77: you can join a brass band in Selca and play ABBA’s greatest hits

Everyone is welcome to join and learn how to play one of the brass instruments. You just have to know how to blow air out of your mouth, basically, and you’ll learn :)